Are #BLM and diversity training un-American? 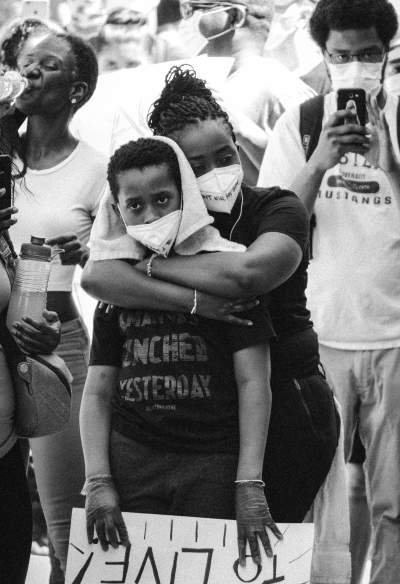 ‘Is the Black Lives Matter (#BLM) movement and diversity training un-American?  This is a critically important question for our nation now.

The White House is concerned that diversity training and the Black Lives Matters movement encourages people to hate our country.

The recent memo from the administration states: “These types of “trainings” not only run counter to the fundamental beliefs for which our Nation has stood since its inception, but they also engender division and resentment within the Federal workforce.”  “…we cannot accept our employees receiving training that seeks to undercut our core values as Americans and drive division within our workforce.”

The History of Race

Race has indeed been a divisive issue for 400 years in the United States.  It started with entrepreneurial Europeans bringing people from Africa by force to work in the labor starved New World.

Interesting, there was no concept of ‘race’ at that point.  Race entered the discussion during Bacon’s Rebellion in 1676, when working serfs of all races fiercely objected to terrible working and living conditions under British rule.

Seeing this unity, the ruling class became fearful.  They began to divide people by calling out Africans and “Blacks” as being a threat.  They offered White working class men privileges that Black people would not be entitled to.

It worked. In 1705 Virginia enacted the first oppressive slave codes.  Racism has been with us ever since.

What does it mean to be racist?  Ibram X. Kendi in his phenomenal book Stamped From the Beginning defines racism as any belief that judges an entire ethnic group or class of people.

Kendi says all human beings do this.  We make pre-judgements, we have false beliefs about others, based on skin color, often unconsciously.  He is committed, through his research and books, to help us stop doing this.  Essentially, he wants us to stop hurting each other.

Born in 1962, I knew for sure growing up that the world looked at Black people differently then ‘us’, then everyone else.

Certainly though, I did not fully understand this, and am still actively learning today.

No Black people lived in my neighborhood outside of Washington DC.  When a person of color wondered through, there was tremendous suspicion.

The general perception seemed to be that Black people were ‘burning’ downtown DC in the late 1960s and we feared that.

When I was ten and my cousin started dating an African American boy (she was 14), her family, my aunt and uncle, went crazy with fear, anger and anxiety.  It was a huge family crisis.

Later, when I was ‘grown-up’, I dated an African American man.  I could not understand why he did not want to go skinny dipping with me at a local public lake one night.  He knew what it would mean for him to be caught naked after hours in a lake with a white woman.  I did not.  All the cajoling in the world did not get him to do it.

I understood more about his reluctance when a police officer found us sitting in the car at the lake.  He insisted on searching the car for drugs without a warrant and for no reason, other than my companion was a Black man.

I started to understand Black people live completely different lives than me.

Is the #BLM movement and diversity training un-American?

Honestly, I cannot think of ANYTHING more American.  As Kendi shows us, we have been stamped from the beginning, from before the beginning of the United States, with racism.

Apartheid in the US only ended (unevenly) in the 1970s.  This included in the north and the south.

In the north, African Americans were forced by lending regulations enacted by the federal government, and by White violence, to only live in narrowly defined less desirabe neighborhoods.

In the south, for example, in my now home community of Durham, NC, schools were not desegregated until 1971 – after a lot of community consternation.

So, it is only in the last forty of four hundred years of racism that we have just started to treat African Americans as full citizens.  That is only 10% of the total number of years our country has experienced systemic legalized racism.

We are just beginning to find another way.

What about the argument my White professional friends like to make, that diversity training that makes White people feel guilty or bad about our history is wrong?

They believe this kind of training should end.  They ‘understand’ the Administration’s memo.

I am sure there are some diversity trainers who are better than others, like everything else.  Deliberately using guilt or shame to get someone to change their behavior usually does not work (although my Catholic mother is a pro at it – it mostly no longer works on me).

Honestly, this seems beside the point.

Given our deep undisputed institutionalized history of racism, it is time to have this conversation we have avoided for so long.

It is time to begin to heal – right?

In the work place, we have to start somewhere.

The Affects of History We Live With Today

The Administration’s memo reflects that we as White people are afraid to acknowledge our true history.

This is a shame. Denying truth will not change it.  It only keeps us from dealing with it.

If we take an honest look at our history (please read Kendi’s book to do this), there is no denying we were founded on racist practices, thoughts and theories.

Kendi has gone out of his way to demonstrate this.  He does not shame us at all,  but very methodically lays out the history of racist thought with hundreds of footnotes tied to original source material from the 1600s to today.

The repercussions of this today are everywhere.  There are endless numbers of unequal outcomes that African Americans suffer in the US.  It is possible to accurately predict someone’s success in life by simply knowing the segregated zip code they were born in and nothing else.

Some think this means Black people are not trying hard enough, or there is something wrong with them as a people.   These are racist thoughts by definition.

For example, given the poverty, drug addiction and dysfunction in Appalachia, why do we never infer that there is something wrong with White people as a whole?

Why do we do this with African Americans?

Just imagine if children were born without their chances for success being tainted by their ‘race’?  Our economy would boom.  We would all gain so much freedom.  It hard to fully imagine the enormous benefits.  This is worth working for.  There is nothing “socialist” about it.

Where Do We Go From Here?

So so much has happened this year.  Many Americans, watching so many Black men die at the hands of police, are beginning to realize racial disparities and discrimination still exist.

How can social sector leaders make a difference?

I recently interviewed George Jones, the CEO of Bread for the City for an upcoming insights paper on innovation in the nonprofit sector HIGOL is writing.

George has a lot of clarity around how to address racial disparities.  He says ‘Work on system level change and do what is necessary to actually change inequitable outcomes.’

I believe this is a patriotic response to the conditions we, as a culture, have created.  It is simple, but not easy.

Kendi as well encourages us to look at systems and the disparate outcomes they create.

Stayed tuned to learn more about how Bread for the City and other nonprofit leaders are changing the work of their organizations step by step to achieve system level change.

Now, I would love to hear from you.  How do you see the role of social sector leaders in creating a more just society?  How is your organization looking to improve racial disparities?

Thank you for all you do. 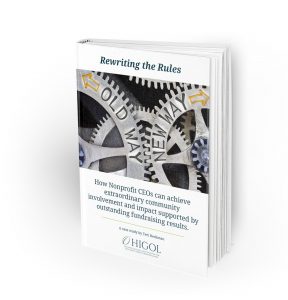